Care was taken to reasonably distribute the codebase across folders.
It is plentifully important to put the new source files exactly where they belong in the hierarchy.
Very often, you can reason about a file’s dependencies by just seeing where it is located.

An arrow from node A to node B denotes that A includes files from B. An arrow to a cluster means that the node may include from all nodes in the cluster. 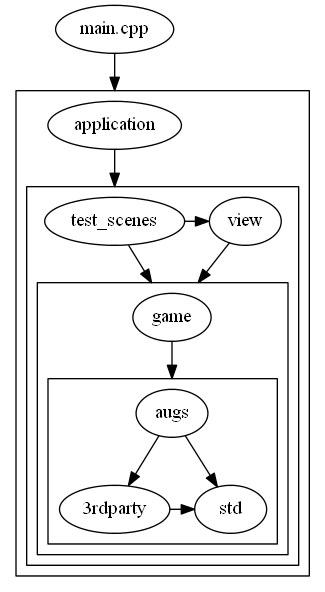